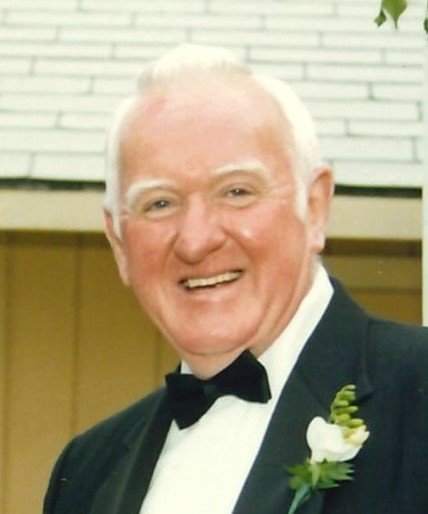 Please share a memory of Leo to include in a keepsake book for family and friends.
View Tribute Book

Leo Jones, loving husband and father of four children, passed away after a short battle with cancer at the age of 82 on Friday, August 23, 2019.

Leo was born Ingvert Leo Jones on October 5, 1936 to Ingvert LaVern and Kathryn Jones in Blair, Nebraska. He was the tenth of 12 children. After graduating high school in 1954, Leo joined the Navy. He married his high school sweetheart, Donna (Larson) Jones in 1956. They then moved to Texas where Leo completed his tour of duty. The two moved several times before ultimately landing in Camas, Washington.

Never one to remain idle, Leo worked many jobs. After his time in the Navy, he worked for Camas Safeway as a manager; he also worked for Evergreen Distributing as a driver, then later as an office manager. His love of sports manifested in his time umpiring baseball and refereeing football, and he was inducted into the Evergreen Football Officials Association Hall of Fame in 2015. The officials room in Doc Harris Stadium at Camas High School is also named for him. For nearly 40 years, Leo also served as a volunteer fireman in Vernonia, St. Helens, and Redmond, Oregon, and finally in Camas, Washington. After retirement, Leo worked as a cook and entertainer at Rocky Mountain Outfitters in Montana.

Leo was a lover of all things sports and sporting, and loved to spend his time hunting, fishing, and watching sports. Leo and Donna enjoyed spending time on the Washington Coast clam digging, fishing, and beach combing. He was also dedicated to his community, spending many years volunteering with the Camas-Washougal Fire Department’s Christmas Activities Relief Organization Limited (CAROL), helping to supply food and toys to families in need during the holiday season. Of all his hobbies and interests, he most cherished his family and the time he spent with them. He was known for and will be remembered by his quick wit, and his comedic, kind, and generous spirit.

A celebration of life will be held on Saturday, September 7 at 2:00 P.M. at the AWPPW Union Hall (514 NE Dallas St) in Camas, Washington.  To send condolences or to sign the online guestbook please visit www.straubsfuneralhome.com.

To send flowers to the family or plant a tree in memory of Leo Jones, please visit Tribute Store
Saturday
7
September

Share Your Memory of
Leo
Upload Your Memory View All Memories
Be the first to upload a memory!
Share A Memory
Send Flowers
Plant a Tree