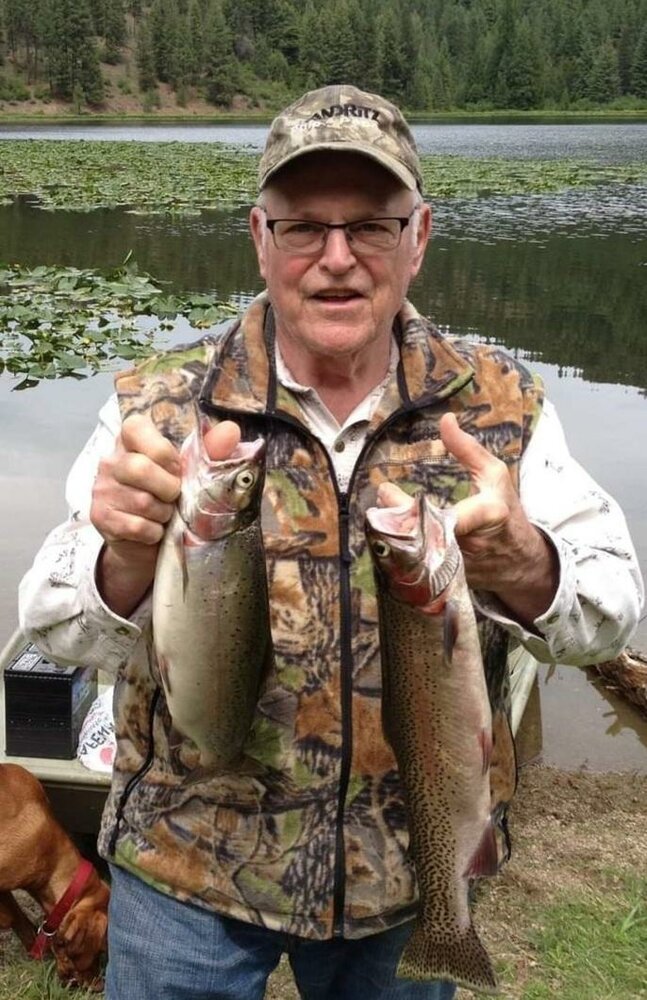 Please share a memory of Charles to include in a keepsake book for family and friends.
View Tribute Book
Charles Douglas Day (1934-2023) Charles Douglas Day, age 88, passed away on January 10th, 2023, in his home located in Camas, WA. Charles Day is survived by his wife, Kay Day, of Camas, WA; his children, Robert Day of Vancouver, WA, Laurie (Stephen) Purviance of Ocean Park, WA, and Richard (Jody) Day of Vancouver, WA; and his beloved grandchildren, great grandchildren and countless honorary grandchildren. He is preceded in death by his parents, Richard and Freda Day, of Camas WA; his sisters, Janet Stebbins &amp; Patricia Howell, of Vancouver WA; his grandson SPC Kacey Day; and great granddaughter Leia Morales. Charles Day was born on June 3 rd , 1934, in Vancouver, WA, to parents Richard Douglas Day and Freda May Pickering. He graduated from Camas High School in 1953. He joined the Army National Guard reserves in 1953 where he was qualified as a sharpshooter. Charles was honorably discharged in 1955 as a Sergeant, Battery C of the 167 th Battalion. Charles re-enlisted in 1957 for 3 years and was honorably discharged in 1960 as a Specialty Four, Battery A 2d of the 146 th Battalion. Charles worked at the Camas Paper Mill for 41 years and was a volunteer EMT and Firefighter for the City of Camas from 1956 to 1986. Charles was a great family man and a loving father. Charles was a social, active man who was a member of the Back Country Horsemen’s Association and was deeply involved in the Skamania County 4-H community. He enjoyed hunting, fishing, trail riding with his wife, children, and grandchildren as well as spending time with his loved ones. His family and friends will always remember him as a selfless, caring person with a big hint of sarcasm. A funeral is scheduled for Charles on February 11 th , 2023, at Camas Church of the Nazarene at 2:00PM, with a reception to follow. All are welcome to attend and celebrate Charles Day’s life. In lieu of flowers, donations can be made in Charles Day’s name to the Back Country Horsemen’s Association at bchw.org, or the Rocky Mountain Elk Foundation at rmef.org.
To send flowers to the family or plant a tree in memory of Charles Day, please visit Tribute Store
Saturday
11
February

Share Your Memory of
Charles
Upload Your Memory View All Memories
Be the first to upload a memory!
Share A Memory
Send Flowers
Plant a Tree