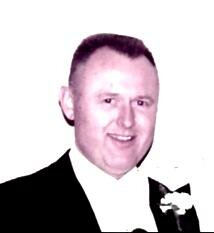 Please share a memory of Stephen to include in a keepsake book for family and friends.
View Tribute Book
Stephen John Dean lll was born on November 3rd, 1933, and passed on to glory on December 07, 2021 in Vancouver Washington. Steve was a dentist by profession, graduating from University of California San Francisco School of Dentistry 1959. While he enjoyed working as a dentist, one of his passions was in the railway systems of California. He was a member of the California-Nevada Railroad Historical Society. Steve spent many hours restoring vintage rail cars at the Western Railway Museum in Solano County California. Steve also enjoyed his membership in the Scottish Rite of Freemasonry as a 32nd degree Shriner. Steve married later in life to Sue Mary Collins, June 27, 1981, and enjoyed her family’s children and grandchildren. He enjoyed living in Camas with his wife in his home on the Columbia river. Rest in Peace Stephen, we will miss your smile, warmth and your kindness.
To plant a beautiful memorial tree in memory of Stephen Dean, III, please visit our Tree Store

Look inside to read what others have shared
Family and friends are coming together online to create a special keepsake. Every memory left on the online obituary will be automatically included in this book.
View Tribute Book
Services for Stephen Dean, III
There are no events scheduled. You can still show your support by planting a tree in memory of Stephen Dean, III.
Plant a tree in memory of Stephen

Share Your Memory of
Stephen
Upload Your Memory View All Memories
Be the first to upload a memory!
Share A Memory
Plant a Tree