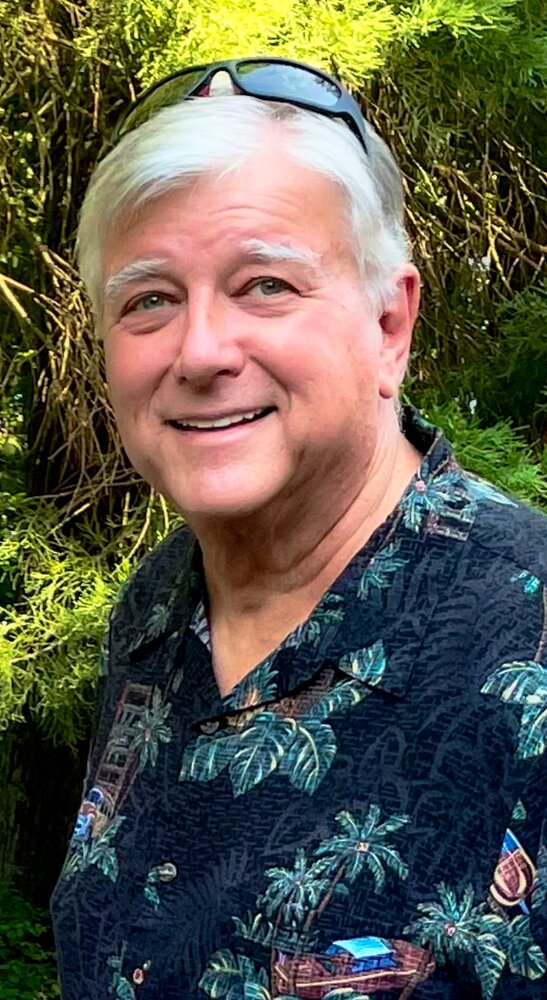 Please share a memory of Dale to include in a keepsake book for family and friends.
View Tribute Book
Dale Edward Tidland - Passed away peacefully on the 31st of December, 2021 at the age of 73 years young, ending the year on a happy note listening to Bob Dylan and spending time with his family. He was surrounded by loved ones at home in his final days. Dale was born at The U.S Naval Base Hospital in Oakland to Charles “Bob” Tidland and Roberta “Bobbie” June Wilson on March 23, 1948. Dale was the eldest of three boys and was a 3rd generation Camasonian, graduating from Camas High School in 1967. He served in the US Army from 1968-1970 as a courier in Germany and upon his return he acquired a family gem, his Volkswagen Bug. He would also add a candy apple green 1974 Ford truck and many motorcycles to his collection including his treasured Vulcan. Dale had a passion and affinity for art and was a gifted painter and artist. In his early adult life he had his son Jayson in 1968. During this period he worked various jobs while attending Clark College. Dale started his career at Tidland Corp. in 1974, where he held numerous positions leading to his role as Advertising Manager. His artistic talents were able to thrive in graphic design, marketing, and facilitating trade shows. It was here where he met his wife Linda Tidland, where she also worked, and married in 1975. He later retired in 1995. Dale and Linda had two children together Sadie and Max. Dale's love for music would often wake his children early on the weekends playing Jimi Hendrix, Bob Dylan, CCR or CSNY. He loved adventures on his motorcycle with his community of friends. He was the very definition of a Renaissance Man and persistent student of life. His standard and expectations were always clear; he led by example supporting his community, friends, and family every way possible. Full of knowledge and wisdom and the occasional joke.That's just the way he was. Dale shared his artistic talents throughout the years while working with the Peanut Gallery on set design, as member on the Board of Camp Currie serving as President, President of East County Babe Ruth, and involved with Camas, Washougal & Parkersville Historical Societies. Dale is survived by his wife of 47 years Linda Tidland, children Jayson his wife Tammy Tidland, Sadie Tidland-Naith her husband Michael Naith, and Max Tidland his wife Elizabeth McCoy- Tidland, Grandchildren Carson, Reilly, and Finley Tidland, Brother Tom and Ted Tidland and their families. A Celebration of life will be held at a future date for friends and family. The Family invites you to join their INMEMORI site for further information on the Celebration of life, in lieu of flowers or gifts we ask that a donation is made in Dale's behalf to Camp Currie via the link provided. https://link.inmemori.com/vVoByZ Straub's Funeral Home in Camas, WA is supporting with services.
To plant a beautiful memorial tree in memory of Dale Tidland, please visit our Tree Store

Look inside to read what others have shared
Family and friends are coming together online to create a special keepsake. Every memory left on the online obituary will be automatically included in this book.
View Tribute Book
Services for Dale Tidland
There are no events scheduled. You can still show your support by planting a tree in memory of Dale Tidland.
Plant a tree in memory of Dale

Share Your Memory of
Dale
Upload Your Memory View All Memories
Be the first to upload a memory!
Share A Memory
Plant a Tree