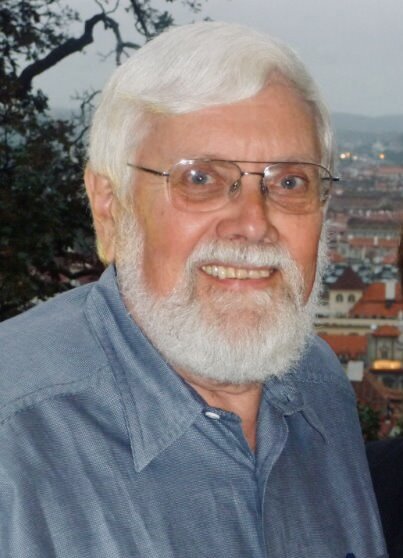 Please share a memory of Ted to include in a keepsake book for family and friends.
View Tribute Book
Ted R. Olsen died December 23, 2021, after an eight-year battle with idiopathic pulmonary fibrosis. He was born October 12, 1939, to Oswald and Elsie (Shephard) Olsen in Portland, Oregon, joined two years later by brother Roy (deceased, 2001). Ted retired as a copy editor from The Columbian after 29 years. He was a passionate golfer (five holes in one) from age 12 until several years ago when his IPF wouldn’t allow it. Ted was an avid reader, lifelong international traveler, tent camper, rabid sports fan (particularly the Ducks), and cribbage player. After graduating from University of Oregon in 1964, he taught English and journalism at Roseburg Senior High School where he met Nancy. They married in 1966 and spent the next three years teaching English as a Second Language at Hatay Ataturk Koleji in Iskenderun, Turkey. Ted is survived by his beloved wife Nancy, of 55 years, children, David (Lura), Meg Rodriguez (Chon), foster daughter, Rhonna Lee, grandchildren, Megan Lee, Daniel Rodriguez, Isaac Rodriguez, Kate Olsen, sister-in-law, Margaret Lead (more a real sister and constant traveling companion), and surrogate daughter/niece Karen Olsen. He and Nancy were foster parents to 36 children plus hosted an exchange student from Japan. Ted is also survived by Mike and Claudia Gray, lifelong friends and great supporters in his battle with IPF. The family will have a private service because of Covid.
To plant a beautiful memorial tree in memory of Ted Olsen, please visit our Tree Store

Look inside to read what others have shared
Family and friends are coming together online to create a special keepsake. Every memory left on the online obituary will be automatically included in this book.
View Tribute Book
Services for Ted Olsen
There are no events scheduled. You can still show your support by planting a tree in memory of Ted Olsen.
Plant a tree in memory of Ted

Share Your Memory of
Ted
Upload Your Memory View All Memories
Be the first to upload a memory!
Share A Memory
Plant a Tree