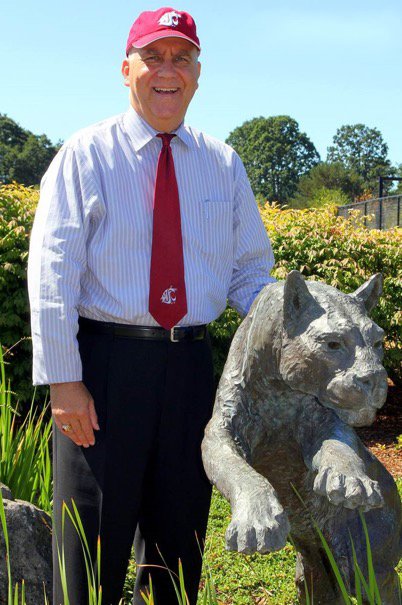 Please share a memory of Ronald to include in a keepsake book for family and friends.
View Tribute Book
Ronald Alan Wysaske died peacefully on Saturday, May 29, 2021, just two days after his 69th birthday. Born in Vancouver, Washington, to Edna (Solum) and Walter Wysaske of Washougal, he was the third of four children. Ron met Karen, the love of his life, while attending school in Washougal and the pair became inseparable beginning in the eighth grade. Ron served as student body president and was a talented multi-sport athlete, holding Washougal High School’s single game scoring record (prior to the advent of the three-point line) in basketball for nearly 25 years. After graduating from WHS in 1970, Ron attended Washington State University as a member of the Delta Sigma Phi fraternity, earning his Bachelor of Arts in Business Administration in 1974. After becoming a certified public accountant, he worked for Price Waterhouse. He and Karen were married in 1973 and raised three children together: Kelly (Cody Ritter), Holly (William Jones), and Kevin (Angela McLeod-Wysaske). Ron began working for Riverview Community Bank in 1976. In 1990, Ron was a member of Washington State University Vancouver’s first graduating class, receiving his Master of Business Administration degree. Over the years, he occasionally taught finance classes at WSUV and together with Karen, supported scholarships for WSU students in business and education. He retired as the Riverview’s Chief Operating Officer and President after more than 40 years of loyal service. Known to his three grandchildren, Victor, Ricker, and Irene Jones, as “Papa Ron,” he continued to enjoy playing basketball and golf throughout his life. An astronomy hobbyist, he built telescopes and loved to study the stars. Ron was also a skilled musician who entertained family and friends singing and playing his guitar, banjo, and harmonicas. He loved to listen to all types of music, especially Willie Nelson and Creedence Clearwater Revival. Most of all, Ron exemplified “Coug spirit,” supporting and rooting for his beloved WSU teams for several decades. Larger than life in so many ways, Ron will be missed by the family, friends, and community he loved.
To plant a beautiful memorial tree in memory of Ronald Wysaske, please visit our Tree Store

Look inside to read what others have shared
Family and friends are coming together online to create a special keepsake. Every memory left on the online obituary will be automatically included in this book.
View Tribute Book
Services for Ronald Wysaske
There are no events scheduled. You can still show your support by planting a tree in memory of Ronald Wysaske.
Plant a tree in memory of Ronald

Share Your Memory of
Ronald
Upload Your Memory View All Memories
Be the first to upload a memory!
Share A Memory
Plant a Tree