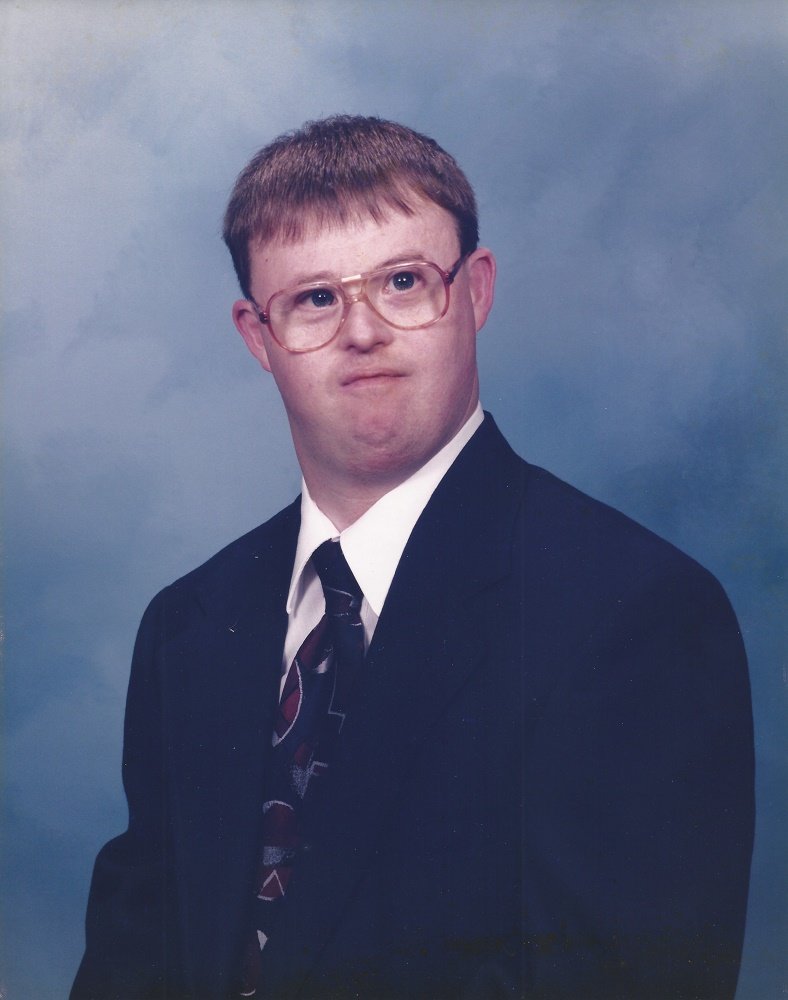 Please share a memory of Richard to include in a keepsake book for family and friends.
View Tribute Book
RICHARD WILLIAM FORD April 22, 1960 – April 27, 2021 Richard was born on April 22, 1960 to Ray and DeEtte Ford. He was the youngest of four children. When Richard was two years old the family moved from Woodburn Hill in Camas to a house on the Washougal River, where he lived with his parents for 49 years. When his father passed in 2011, Richard moved with his mother to a house in Washougal. Richard attended school in Vancouver. After graduating from Hudson’s Bay High School in 1981, he first worked at a sheltered workshop, then at the Camas Burgerville and later at the Thriftway grocery store in Washougal where he was a favorite of the customers. After the Thriftway closed, Richard volunteered at Interfaith Treasure house, at the Washougal Community Center Meals on Wheels program, and helped the quilting group at Zion Lutheran Church in Camas where he was a member. Richard loved dogs, and he and his mother fostered dogs for the West Columbia Gorge Humane Society, preparing dogs for their forever homes. He was a member of Friends of the Washougal Community Library and volunteered at their book sales. He loved the Library and participating in events there. Richard was a Special Olympics bowler and won several ribbons and two gold medals at state tournaments. He loved country music and attended many concerts with his siblings. His favorites were The Oak Ridge Boys, and at one concert he was thrilled to shake William Lee Golden’s hand! He met and charmed other performers as well. He joyfully played guitar and harmonica at family gatherings and music jams, loved cooking and baking, and was a huge fan of professional wrestling. He loved going fishing with his Dad and going with him to the Washougal River Mercantile for biscuits and gravy. He was a big fan of Heller’s restaurant, Neder’s Café, K&M Drive-in, and Shari’s pies. He never failed to completely charm every waitress he ever met. In August of 2018 Richard moved to an adult family home in Vancouver when his health required special care. He was well loved and cared for at both YEAB Adult Family Home and at Loving Home Health Care Plus, and he returned that love in abundance. He especially enjoyed going to CDM Caregiving Services day center for activities. Richard’s cheerful, giving, and welcoming nature spread joy everywhere. He brought out the best in people and was a great teacher of unconditional love. He made friends wherever he went, and his first question would always be: “Do you have dogs?” He always remembered their names and their dogs’ names. When Richard’s mission here on Earth was fulfilled, he peacefully passed into heaven, met by the loved ones who went before him and where his light will continue to shine. He will be laid to rest next to his father in the Washougal cemetery. He is survived by his mother DeEtte Ford, brother Ralph (Kathy) Ford, sisters Christine (Mark) Hughey and Catherine Ford, all of Washougal; numerous nieces & nephews, grandnieces & grandnephews, and one great-grandniece; many other beloved family members and friends; and his special dog Mini. Due to COVID concerns, a private family graveside service will be held. There will be a public Celebration of Life at a later date. Straub’s Funeral Home in Camas is in charge of arrangements. Donations in Richard’s memory may be made to CDM Caregiving Services of Vancouver, West Columbia Gorge Humane Society, or Special Olympics.
To plant a beautiful memorial tree in memory of Richard Ford, please visit our Tree Store

Look inside to read what others have shared
Family and friends are coming together online to create a special keepsake. Every memory left on the online obituary will be automatically included in this book.
View Tribute Book
Services for Richard Ford
There are no events scheduled. You can still show your support by planting a tree in memory of Richard Ford.
Plant a tree in memory of Richard

Share Your Memory of
Richard
Upload Your Memory View All Memories
Be the first to upload a memory!
Share A Memory
Plant a Tree