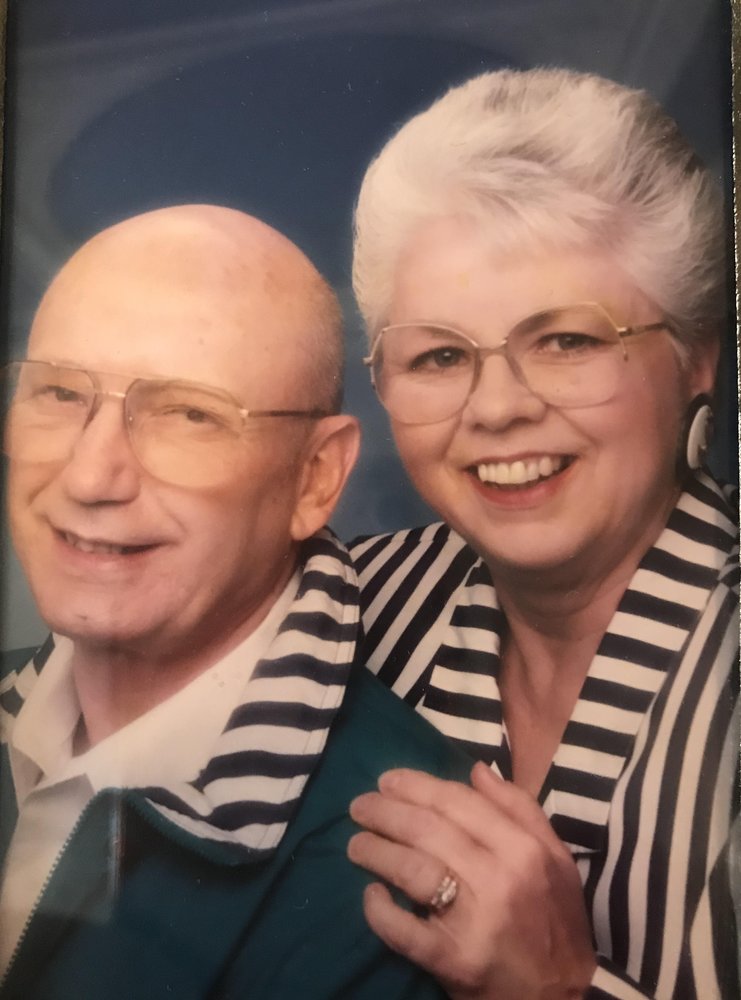 Please share a memory of Barbara to include in a keepsake book for family and friends.
View Tribute Book
BARBARA ANNE (FRANTZ) WITHERS 9/07/1936 – 12/18/2020 Barbara Anne (Frantz) Withers went home to be with her Lord and Savior on Friday, December 18th, 2020. Her death was due to COVID-19. She was born on September 7, 1936, in West Manchester, Ohio, to Paul Leotis Frantz and Agnes Lucille Schafer. One cannot really talk about Barbara, though, without first mentioning two things. First and foremost, Barbara was a Christian who loved the Lord with all her heart. This core belief shaped all of her thoughts and actions. Secondly, the love of her life and her devoted partner was her husband, L.E. (Rick) Withers. It was a marriage that on paper should not have succeeded and which certainly defied all odds and conventional wisdom. Their love story began when Barbara was only 18 years old. After graduating as Salutatorian from Neah Bay High School in 1954, Barbara enlisted in the Air Force and was stationed at Offutt Air Force Base in Omaha, Nebraska. Her future husband, Rick, was also serving in the Air Force. After serving in Japan during the Korean War, he was likewise stationed at Offut Air Force Base. A mere six weeks after they first met, they eloped and were married on August 13, 1955. They had to cross state lines into Iowa to be married because Barbara was only 18 years old, which was not legally old enough to be married in Nebraska. They were married in the living room of a minister’s home. After they were both honorably discharged from the Air Force, the happy couple first settled in Rick’s hometown of Detroit, Michigan. They bought a home and settled in the Detroit suburb of Westland. Their dream, however, was always to return to Barbara’s former home state of Washington, and they did so in 1966. They remained residents of Washington, living first in Renton, then in Port Angeles, and then in Vancouver, for the rest of their lives. They remained completely devoted to each other, and to their family, for 59 years. Together, she and Rick raised five children, Cheryl, David, Becky, Melissa, and Ruth. In service to the Lord, Barbara and Rick served on many missionary trips, including trips to Peru, Africa, and the Philippines where they worked with organizations that translate the Bible into various languages. Barbara loved music and was often a member of the church choir. Sadly, Rick passed away in September 2014, and life for Barbara was never quite the same; we are all now rejoicing that she is reunited with her love. Barbara is also preceded in death by her father and mother and younger siblings, Melvin, Merle, Susan, and Marvin Neil Frantz. She is survived by 5 children, 16 grandchildren, and 8 great-grandchildren, as well as many sisters- and brothers-in-law and numerous nieces and nephews, many of whom thought of Barbara as a second mother. She and Rick set a wonderful example of devotion to God, each other, and family. She will be greatly missed for her faithfulness, spunk, strength, wisdom, devotion, and love. Barbara will be buried with Full Military Honors at Willamette National Cemetery 11800 SE Mt. Scott Boulevard, Portland, OR 97086-6937 Phone: (503) 273-5250 Due to restrictions caused by COVID, a private burial ceremony for children and grandchildren only will be held in January 2021. The family is also planning a memorial service for next July in the Port Angeles area, to which all family and friends are invited. Barbara’s daughter, Cheryl Ronish, will provide information and details regarding this service as soon as they are known. If you have questions or would like to contact Cheryl, she can be reached at 360-600-9054 or Cherannron@gmail.com. 2601 NW 46th Circle, Camas, WA 98607
To plant a beautiful memorial tree in memory of Barbara Withers, please visit our Tree Store

Look inside to read what others have shared
Family and friends are coming together online to create a special keepsake. Every memory left on the online obituary will be automatically included in this book.
View Tribute Book
Services for Barbara Withers
There are no events scheduled. You can still show your support by planting a tree in memory of Barbara Withers.
Plant a tree in memory of Barbara

Share Your Memory of
Barbara
Upload Your Memory View All Memories
Be the first to upload a memory!
Share A Memory
Plant a Tree