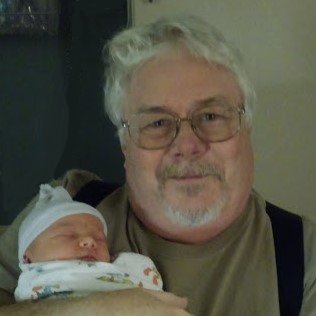 Please share a memory of Marvin to include in a keepsake book for family and friends.
View Tribute Book
Marvin Lee “Marv” Yates, beloved husband, father, grandfather, brother, and dear friend, passed away at the age of 67 on October 19, 2020, in Vancouver, Washington. Marv was born August 19, 1953, to parents John and Lila (Jones) Yates in Vancouver, Washington. He grew up in Camas, Washington, and graduated from Camas High School in 1972, and then from Clark College two years later. He married Marilyn Hein in May 1977. They moved from Camas to Washougal in 1981 where they raised their two children. After brief employment at Orbit Industries and Fleetwood Mobile Homes, Marv established himself as the expert in everything you need to know about auto parts and cars at the Camas and Washougal NAPA stores. He started his career as a driver for the Henry Maul NAPA store in 1978. His love of all things cars and the people who shared his enthusiasm led him to purchase the NAPA stores in 1994. Although he sold the business in 1999, he continued to be a fixture at the sales counter providing technical expertise for the store's loyal customers. Marv watched as children and grandchildren of customers became customers themselves working on their own vehicles. After his retirement in 2011, Marv and Marilyn enjoyed taking road trips, and visited numerous national parks. In 2019 they took a trip of a lifetime driving through Canada to Alaska and back. Marv was an avid NASCAR race fan, and rarely missed watching a race. He even traveled to 16 different speedways, some multiple times, to revel in everything NASCAR. Marv enjoyed the company of family and friends and sharing stories. He was a member of St. Matthew Lutheran Church of Washougal, where he grew in his faith and strengthened his relationship of love and trust in Jesus. Marv found ways to share his faith in Jesus with his gentle and caring spirit. Marv is survived by his wife of 43 years, Marilyn, son Matt (Kendra), daughter Megan (Hayden), grandson Ezekiel, and sister Barbara Heckman (Larry). To send condolences or to sign the online guestbook, please visit www.straubsfuneralhome.com.
To plant a beautiful memorial tree in memory of Marvin Yates, please visit our Tree Store

Look inside to read what others have shared
Family and friends are coming together online to create a special keepsake. Every memory left on the online obituary will be automatically included in this book.
View Tribute Book
Services for Marvin Yates
There are no events scheduled. You can still show your support by planting a tree in memory of Marvin Yates.
Plant a tree in memory of Marvin

Share Your Memory of
Marvin
Upload Your Memory View All Memories
Be the first to upload a memory!
Share A Memory
Plant a Tree