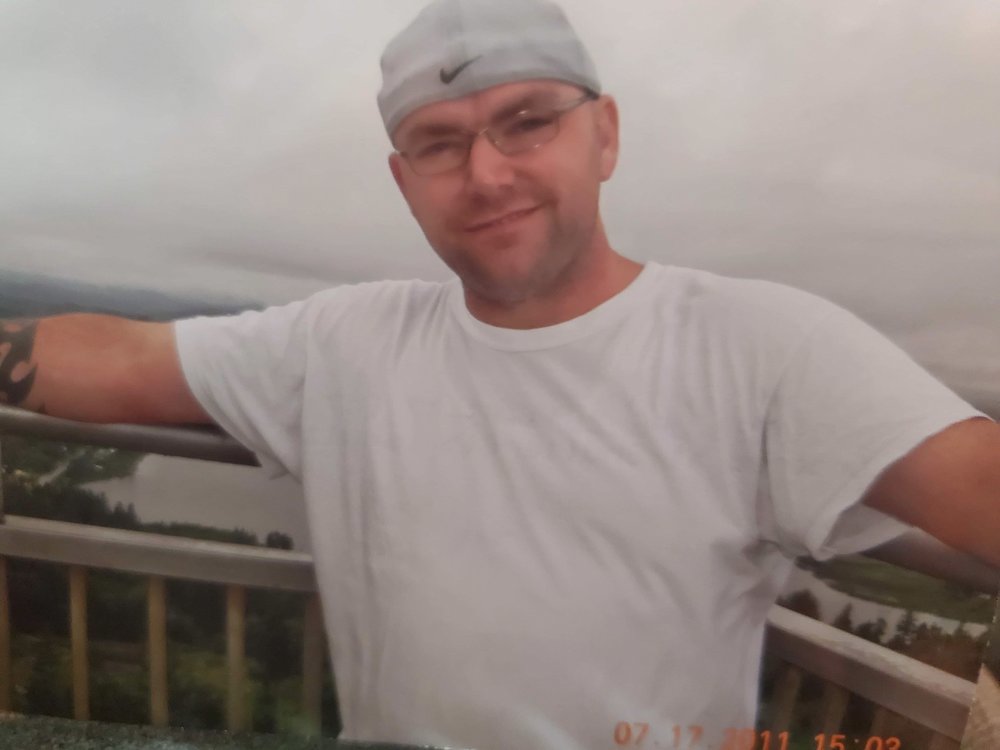 Please share a memory of Gary to include in a keepsake book for family and friends.
View Tribute Book
GARY RAY GRIFFIN March 29, 1978 - August 21, 2020 Gary Ray Griffin passed away Aug. 21, 2020 at home. He was born March 29, 1978, to William “Bill” and Jakalin “Jackie” Griffin in Portland, Oregon. After his parent’s divorce, his mother married Danny May and moved to Grinnell, IA. Gary & brother Jeff had many Grinnell stories to tell. After Danny May passed away from cancer, he and his mother moved to Hermiston, OR where his Aunt Joanne lived. It was at school in Hermiston that he met Carly Myers. They had their first daughter Shayla Teal in 1996 at Pendleton, OR. Gary and Carly moved to Portland to pursue Carly’s college degree. Gary worked for Dave Barlow as a commercial door maintenance mechanic. After the market changed, Gary got into the Mason Apprenticeship program and graduated as a Journeyman. He worked cleaning White’s meats during his training. Gary and Carly moved to Camas in 2008. There they had their second daughter Avery Gray in 2009. Gary was an Oregon Duck to the core and was a passionate fan often losing his voice during a game. He was also an MMA fight fan as well as the Seattle Seahawks. Gary worked for Northwest Masonry Restoration of Portland, OR. Gary was able to accomplish a lot of repairs and car maintenance by watching YouTube videos. He is survived by his wife Carly Myers; daughters Shayla of Portland, Avery at Home; Father William “Bill” Griffin of Troutdale; Mother Jakalin “Jackie” and Stepfather Michael “Mike” Kluth of Washougal, Father in law Jimmy Myers of Beaverton, OR, Mother in law Terry and Stepfather Jim Bell of Prineville, OR, and Brother Jeff Peters and wife Kary of Cottage Grove, OR and also many Aunts, Uncles, cousins, nieces and nephews. His smile, his quirks, and his willingness to help out in any way he possibly could without hesitation are some of the reasons why everyone who knew Gary loved him. A family service will Wednesday September 9, 2020 with a celebration of life to be held at a later date in Hermiston, Oregon
To plant a beautiful memorial tree in memory of Gary Griffin, please visit our Tree Store

Look inside to read what others have shared
Family and friends are coming together online to create a special keepsake. Every memory left on the online obituary will be automatically included in this book.
View Tribute Book
Services for Gary Griffin
There are no events scheduled. You can still show your support by planting a tree in memory of Gary Griffin.
Plant a tree in memory of Gary

Share Your Memory of
Gary
Upload Your Memory View All Memories
Be the first to upload a memory!
Share A Memory
Plant a Tree