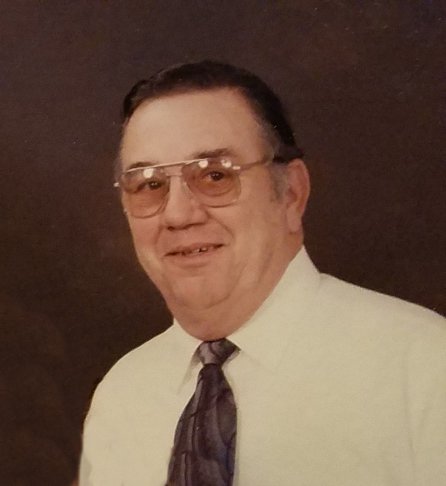 Please share a memory of John to include in a keepsake book for family and friends.
View Tribute Book
Mr. John Thomas Watts of Washougal, WA, passed away at home surrounded by wife and children on June 18, 2020 at the age of 90. John was born on September 14, 1929 in Meridian, Mississippi. His parents, James and Mary Watts, moved John and his two brothers and sister to Clatskanie, Oregon when he was 15 years old. John graduated from Clatskanie High School in 1947. In 1948, John married his high school sweetheart Imogene Johnson and began working as a journeyman plumber in Meridian, Mississippi. Over the years, John’s family of four boys and three girls lived in Clatskanie, Oregon, South Bend, Washington, Meridian, Mississippi and Winslow, Arizona before settling in Washougal, Washington in 1971. John attended St. Thomas Catholic Church in Camas and was a 4th Degree member of the Knights of Columbus. In his spare time John enjoyed woodworking, bowling and was an honorary life member of Orchard Hills Country Club in Washougal. John was an avid private pilot with an instrument rating and was accompanied by Imogene on numerous cross-country trips. John operated a plumbing shop in Washougal for 14 years and all of his sons followed him into the plumbing trade. Following the plumbing business John served as an inspector and plans examiner for several local jurisdictions. John spent considerable time during his career educating journeyman plumbers and conducting certification seminars throughout the United States. John will be loved and missed by surviving wife of 71 years, Imogene; sons, Mike (Jill), Tom (Sharon), Rick (Suzanne) and Roger (Julie); daughters, Teresa (Chip), Shelley (Greg) and Loretta (Ed); brother, Henry Watts (Arlene) of Winslow, Arizona; sister, Mary Kay Green of South Bend, Washington; 24 grandchildren and 37 great grandchildren. He was predeceased by his parents and a brother, James. John had a great deal of pride in his wife and family. A celebration of life will be conducted at a later date due to Covid19 restrictions and condolences can be sent to P.O. Box 186, Washougal, WA 98671.
To plant a beautiful memorial tree in memory of John Watts, please visit our Tree Store

Look inside to read what others have shared
Family and friends are coming together online to create a special keepsake. Every memory left on the online obituary will be automatically included in this book.
View Tribute Book
Services for John Watts
There are no events scheduled. You can still show your support by planting a tree in memory of John Watts.
Plant a tree in memory of John

Share Your Memory of
John
Upload Your Memory View All Memories
Be the first to upload a memory!
Share A Memory
Plant a Tree