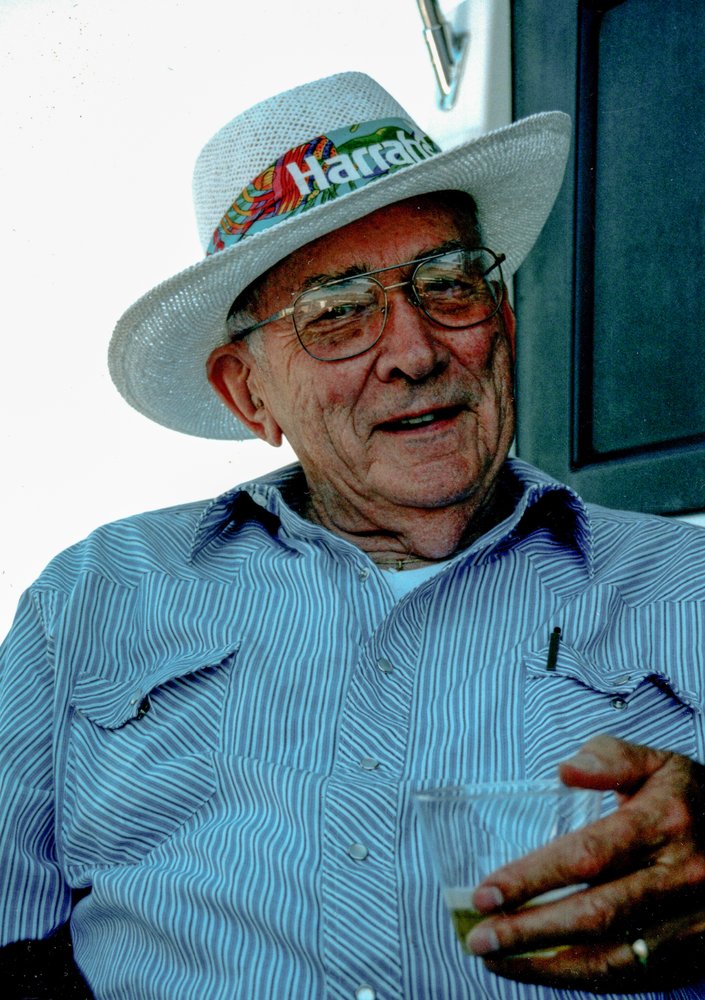 Please share a memory of Paul to include in a keepsake book for family and friends.
View Tribute Book
Paul Henry Buhman, 97, passed away on Saturday May 23, 2020 in Bellingham, WA. Paul was born September 21, 1922 in Washougal, Washington where he attended Washougal High School. He lived there until he enlisted with the Merchant Marines from 1942-1945. Upon his return he fell in love with Norene Smith and the two married in 1945, moved to Camas, WA and had two children. They were married for 38 years until Norene passed away. Paul worked as a journeyman electrician at the Crown Zellerbach paper mill and was an active union member until he retired in 1984. While at the mill, He was elected union president where his calm demeanor and thoughtful consideration helped him navigate contract negations that benefited both the union members and the company. Paul married Margaret (Peggy) Morrison in 1984 and the couple moved to Vancouver, WA. Paul was a man of many creative talents and hobbies. For example, he wrote extensively about his life and his love for the Columbia River region. In addition to painting and photography Paul created an impressive home garden complete with stunning koi ponds. Paul found great comfort sharing his life with his many small dogs. Quick to tell jokes and share stories, Paul was the source of many a smile. Paul always had a story to tell and communicated best through the telling of jokes. People always smiled when talking with Paul. He developed a deep and lasting love for pets and cared for several dogs and the many fish living in his custom built outdoor koi pond. Paul is survived by his two children, Douglas Buhman of Spokane, WA and Janis (Harte) Bressler of Bellingham, WA, his three step-children Robin (Jay) Roebuck of Pocatello, ID, Debbie (Rick) Boyd of Vancouver WA, and Jill Morrison of Carson City, NV, his grandchildren, Brian (Katherine) Bressler, Amanda (Jeff) Cook, Bill Collins, Kyle and Will Morrison, Karen (Josh) Day, Kim Boyd, and great grandchildren, Stella and Phoebe Bressler, Easton and Rylan Day, and Caley and Colter Collins. Services are pending at this time.
To plant a beautiful memorial tree in memory of Paul Buhman, please visit our Tree Store

Look inside to read what others have shared
Family and friends are coming together online to create a special keepsake. Every memory left on the online obituary will be automatically included in this book.
View Tribute Book
Services for Paul Buhman
There are no events scheduled. You can still show your support by planting a tree in memory of Paul Buhman.
Plant a tree in memory of Paul

Share Your Memory of
Paul
Upload Your Memory View All Memories
Be the first to upload a memory!
Share A Memory
Plant a Tree