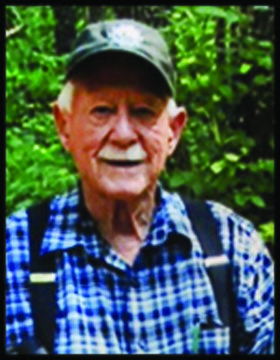 Please share a memory of John to include in a keepsake book for family and friends.
View Tribute Book
JOHN ALBERT MILLER November 27, 1929 ~ January 11, 2020 John Albert Miller, of Washougal, WA, passed away on Saturday, January 11, 2020, at the age of 90. He was born to the late Carl and Dorena Miller, in the neighboring city of Camas, WA. As a young man, John was on the Camas High School Swimming and Rifle teams. Upon graduation, he completed his Associate Degree through Clark College in Biological Sciences. John married Betty Jean Campbell in 1951 and they resided and raised their five children in Washougal. He retired in 1986 after a successful career with Crown Zellerbach. John was an avid and successful hunter and fisherman. Along with spending time with family and friends, he enjoyed attending gun shows and spending as much time as possible in the woods east of Washougal. Picking wild berries, mushrooms, rock hunting, and camping were favorite pastimes of his. John is survived by many loving family members, including his children, Paul (Kathy) Miller, Doug Miller, Nancy (Chuck) Cook, Brian (Melissa) Miller and David (Cyndi) Miller; nine grandchildren, fifteen great-grandchildren; and two siblings, Edward Miller and George Miller. He was preceded in death by his beloved spouse and parents. Funeral arrangements are being handled by Straub’s Funeral Home; private family services will be held.
To plant a beautiful memorial tree in memory of John Miller, please visit our Tree Store

Look inside to read what others have shared
Family and friends are coming together online to create a special keepsake. Every memory left on the online obituary will be automatically included in this book.
View Tribute Book
Services for John Miller
There are no events scheduled. You can still show your support by planting a tree in memory of John Miller.
Plant a tree in memory of John

Share Your Memory of
John
Upload Your Memory View All Memories
Be the first to upload a memory!
Share A Memory
Plant a Tree