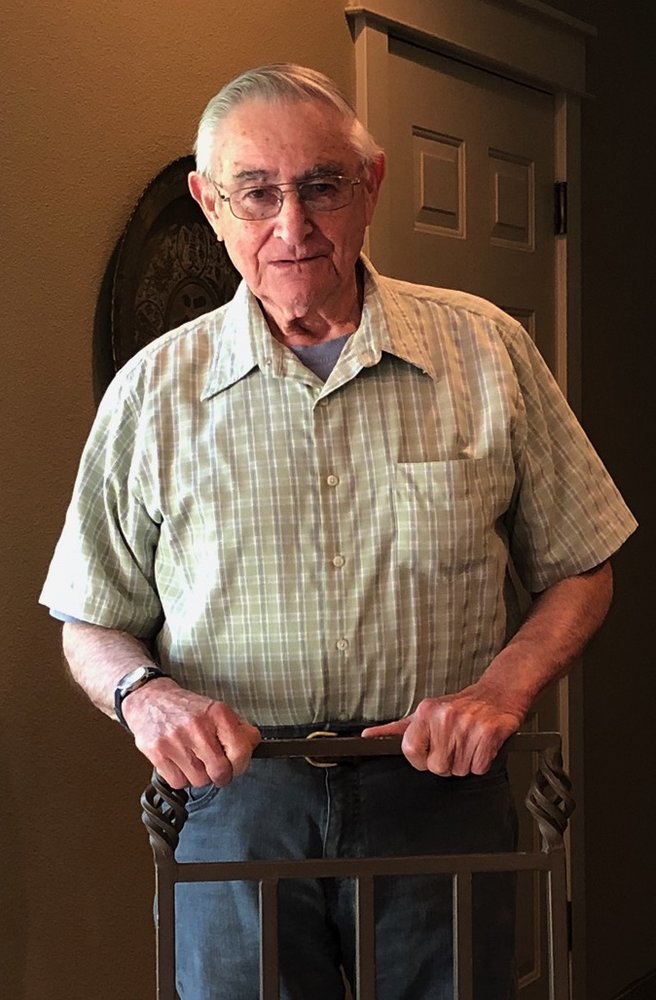 Please share a memory of Lee to include in a keepsake book for family and friends.
View Tribute Book

Lee Ivan Kinart of Washougal, Washington passed away on July 2, 2019 in Vancouver, WA. He was born on May 17, 1932 in Modale, Iowa to Clarence and Leona Kinart as one of 7 children. They later settled in the Camas-Washougal area, where Lee graduated from Washougal High School.

Lee served in the Air Force, and worked at the paper mill in Camas, WA for 19 years.  After retiring from the mill, he partnered as a housing contractor, eventually branching out on his own.  He built many houses in the local Camas and Washougal area, as well as Skamania County.

He loved sports, having played them at Washougal High School, and later as a fan and spectator. Naturally, the Sea Hawks and Mariners were special teams. He also enjoyed touring Oregon and Washington with his wife, Jeanne in their RV.

Lee is preceded in death by his parents and all six of his siblings.

A service will be held for Lee at Washougal Memorial Cemetery on Friday, July 19th, at 1:00 pm.  Straub’s Funeral Home is handling his arrangements.  In Lieu of Flowers, please consider donating to Peace Health Hospice, PO Box 1600 Vancouver, WA 98668.

To send flowers to the family or plant a tree in memory of Lee Kinart, please visit Tribute Store
Friday
19
July

Share Your Memory of
Lee
Upload Your Memory View All Memories
Be the first to upload a memory!
Share A Memory
Send Flowers
Plant a Tree