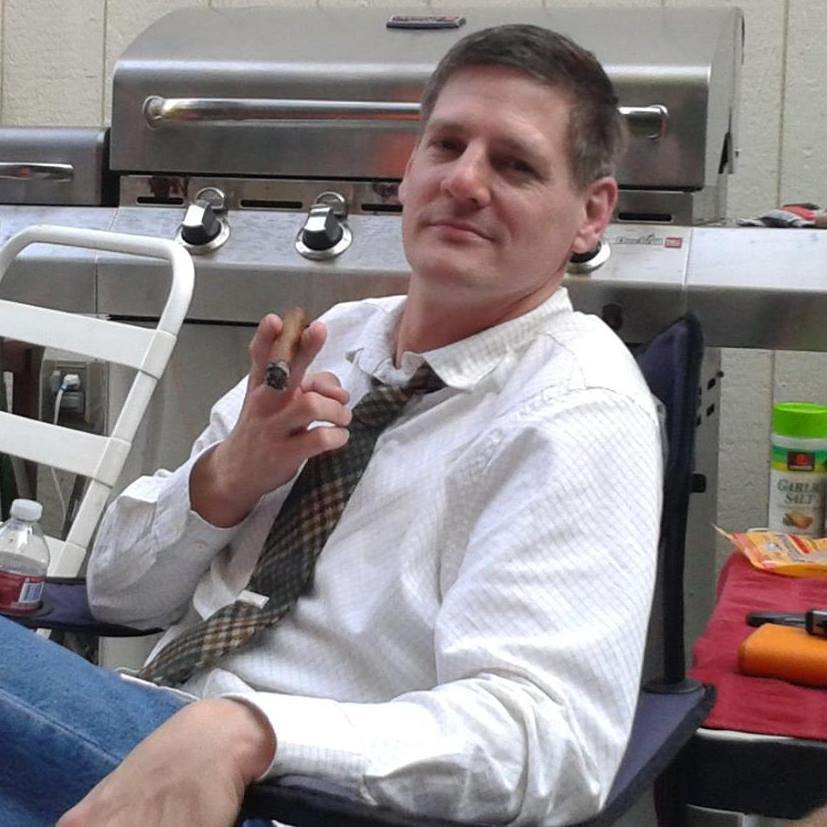 Please share a memory of Blaine to include in a keepsake book for family and friends.
View Tribute Book

On May 13, 2019, we lost one of the good guys.  Blaine L. Meyers, of Tigard, OR, passed away at his mother’s home in Washougal, WA. He was 50 years old.  It’s hard when we lose a loved one well before their time.  Trying to encapsulate a life fully lived in a few words is somewhat difficult.  Those that knew and loved Blaine saw a man that had lived a very full life and embraced every day he spent with us.

Born in Boise, ID on January 27, 1969, Blaine graduated from Washougal High School in 1988.  He enlisted in the United States Marine Corps immediately after graduating and served proudly as a field radio operator in Desert Storm.  He was honorably discharged in 1992, but soon missed serving his country, and joined the Oregon Air National Guard as a radar repairman.  Blaine had reached retirement status, and we thank him from the bottom of our hearts for his service.

He was employed by Lam Research in Tualatin, OR, while also proudly serving as a Technical Sergeant with OR Air National Guard, assigned to the 116thAir Control Squadron, Camp Rilea, Warrenton, OR.

Blaine is survived by his sons, Garrett Meyers and Nolan Meyers, of Murfreesboro, TN; mother and stepfather, Jan and Norm Gustafson of Washougal, WA; brothers, Brian Meyers (Gloria) of Washougal, WA and Brad Meyers (Sandra) of Sacramento, CA; nephews, Austin and Jacob Meyers of Washougal, WA and Jordan and Jason Meyers of Sacramento, CA; and his partner, Ms. Hide Davisson of Portland, OR.  Blaine also remained close to his former wife, Andrea Boltz of Murfreesboro, TN.  He was preceded in death by his father and grandparents.

Blaine enjoyed writing, traveling, video games, sci-fi and fantasy novels, Steampunk, taking dance lessons, art deco, cat memes and a good cigar.  He was always a supporter of the arts, and had been planning on delving into the arts with his first novel.  He supported others dreams and aspirations and was always ready to lend you an ear. He cared deeply for his family and friends.

Dependable.  Strong. Compassionate.  Always there when you needed him.  This is how we will remember Blaine Meyers, beloved son, family man, loving father and true friend.

There will be a graveside service with full military honors held at the Washougal Memorial Cemetery, 3329 Q Street, Washougal, WA, at 11:00 a.m. on June 29, 2019. Following the graveside service, a Celebration of Life potluck will be held at the Zion Lutheran Church Dining Hall, 824 NE 4thAvenue, Camas, WA.

To send flowers to the family or plant a tree in memory of Blaine Meyers, please visit Tribute Store
Saturday
29
June

Share Your Memory of
Blaine
Upload Your Memory View All Memories
Be the first to upload a memory!
Share A Memory
Send Flowers
Plant a Tree