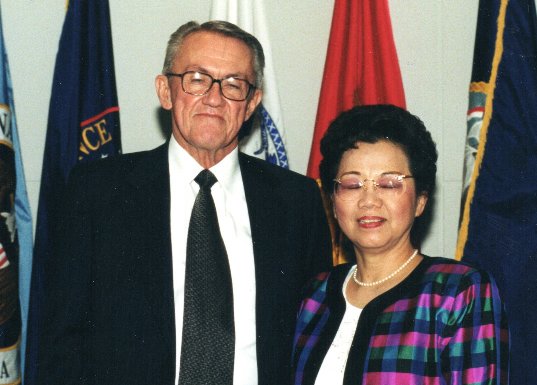 Please share a memory of John to include in a keepsake book for family and friends.
View Tribute Book

John Whitehead passed away peacefully on May 19, 2019, in Camas, Washington, at the age of 84.  He was born in Butler, Ohio, on September 5, 1934, to Charles C. and Anna Leola (Judd Whitehead.  John graduated from Miami University in 1959 with a Bachelor of Arts degree.

John is survived by his loving wife, Hatsumi, and his children, Charles Whitehead (Deborah), a law professor at Cornell University in Ithaca, New York, and Dr. William Whitehead (Janet) of League City, Texas, who works as a professor at University of Texas, Galveston; grandchildren, John, James, Alexander, Bradley and Jillian Whitehead and his sisters, Sidne Anne Martin and Linda Lucarello.

John was preceded in death by his brother, Charles Frederick Whitehead (2011).

He served our country in the Army and, while working for the Foreign Service, lived in several overseas countries.  He retired as the Chargé d’affaires at the U.S. Embassy in Tokyo Japan.

To send flowers to the family or plant a tree in memory of John Whitehead, please visit Tribute Store
Wednesday
22
May

Share Your Memory of
John
Upload Your Memory View All Memories
Be the first to upload a memory!
Share A Memory
Send Flowers
Plant a Tree