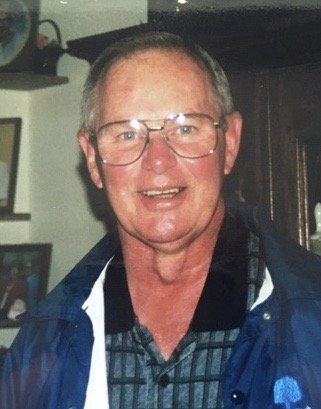 Please share a memory of Franklin to include in a keepsake book for family and friends.
View Tribute Book

Franklin Wayne Rodgers passed away peacefully on May 1, 2019. He was 84. Wayne was born October 26, 1934 in Spokane, WA to Rex and Martha Rodgers.  Soon after, they moved to Washougal, WA where he and his three siblings were raised.

Wayne graduated from Washougal High School and then went on to graduate from Portland State University. He met his wife, Elaine (Lovekamp) Rodgers as teenagers and they later married. They settled in Camas, WA where they raised their family.

Wayne enjoyed coaching baseball while his children were growing up and later in his 70’s he helped coach the Washougal High School girl’s golf team.  He also liked to hunt and fish. He was an avid golfer and he and his wife were longtime members of Orchard Hills Golf and Country Club.

Wayne worked for Crown Zellerbach as a Senior Production Manager and had the good fortune to retire at the age of 53. He and Elaine wintered at their vacation home in Mazatlan, Mexico where they enjoyed golfing and spending time with good friends. Later they lived in Arizona and eventually settled back in Washougal to be near family.  Wayne was a dedicated husband, father, and grandfather. He was very intelligent, humble, and a kind man who cherished his wife, children and grandchildren. He will be greatly missed.

Wayne was preceded in death by his parents, Martha and Rex Rodgers, brother, Robert Rodgers, and sister, Jean Pederson.

A celebration of life will be held on Sunday June 2ndfrom 2-5 p.m. at Orchard Hills Golf and Country Club, Washougal, WA.

Donations in Wayne’s name may be made to the Parkinson’s Foundation at Parkinsons.Org or mail to 200 SE 1stStreet, Suite 800, Miami, FL 33131.

To send flowers to the family or plant a tree in memory of Franklin Rodgers, please visit Tribute Store
Sunday
2
June

Share Your Memory of
Franklin
Upload Your Memory View All Memories
Be the first to upload a memory!
Share A Memory
Send Flowers
Plant a Tree