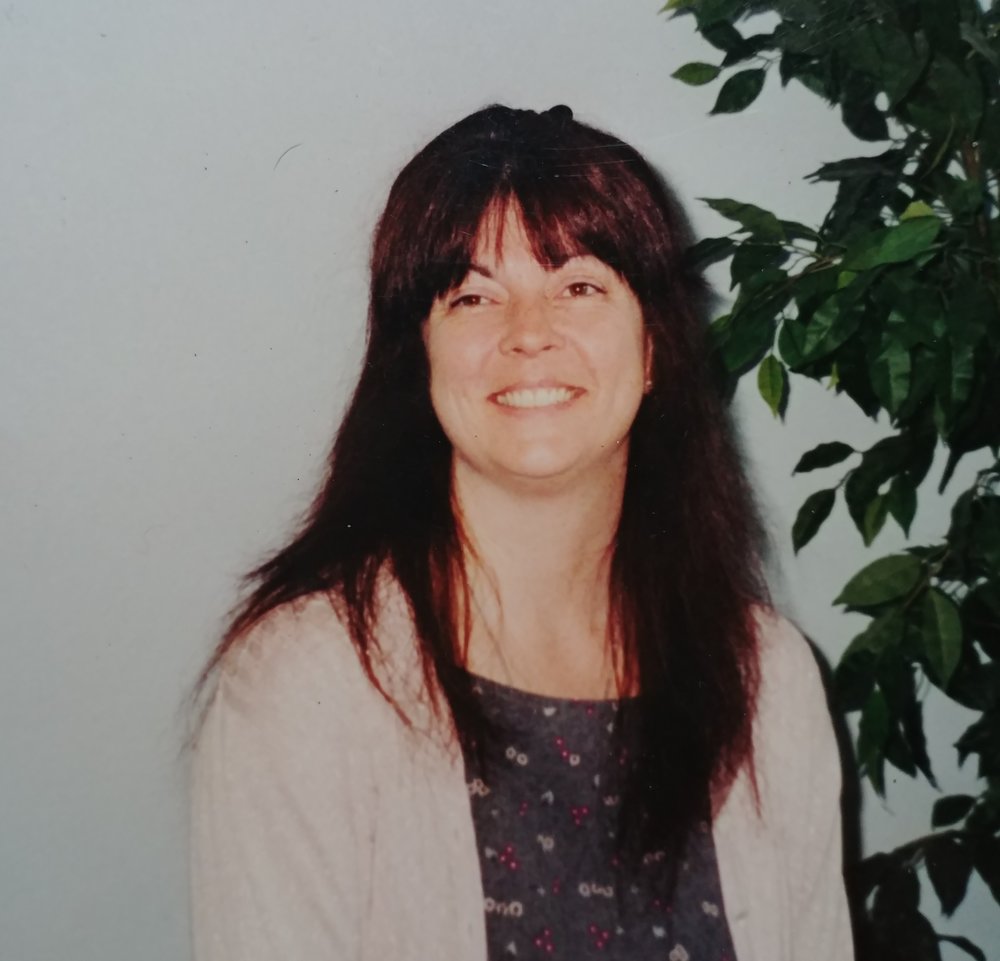 Please share a memory of Lori to include in a keepsake book for family and friends.
View Tribute Book

Lori Kathleen Markowski (Spriggs) passed away May 7, 2019 in Washougal, WA at the age of 61 after a battle with cancer.  She is survived by two sons, Tyler Chimenti of Tacoma and Duke Markowski of Washougal, and one grandson.

Lori was born in Salem, Oregon on November 15, 1957 to Wayne and Florence (Haffner) Spriggs.  She attended school in Vancouver, Washington and graduated from Evergreen High School in 1975.

Lori’s life was characterized by kindness, empathy, and a strong sense of morality.  Her passions included gardening, antiquing, shopping garage sales, spending time outdoors, and an overall love of nature and animals. She was a lifelong liberal and a true Scorpio, enjoyed the application of humor in all situations, and never shied away from making her beliefs and opinions known when she sensed a wrongdoing. She believed strongly in honesty and the concept of “live and let live.”  As a result of her interests and of that genuine personality, Lori readily built cherished friendships, many of which lasted for decades.

Lori’s career choices often corresponded with those interests as well.  Over the years her jobs included work at the Camas mill, taverns, various veterinary clinics, gardening and landscaping companies, and at one point she was proprietor of her own antique mall.  As per the usual, Lori had no problem building friendships at her workplaces too.

Above all else, family was most important to Lori.  She was very close to her father and her younger sister, Audri, cherished (and enjoyed annoying) her sons Duke and Tyler, and near the end of her life she was enthralled by her newborn grandson Ryker – the grandchild she had always wished for.

A gathering in Lori’s remembrance will be held on Saturday, May 25that 11:00 AM at the Fern Prairie Grange, 1814 NE 267thAve., Camas, Washington.  In lieu of flowers, donations to the West Columbia Gorge Humane Society in Lori’s honor are suggested. This can be done online at www.wcghs.orgor by mail at P.O. Box 270, Washougal, WA 98671.

To send flowers to the family or plant a tree in memory of Lori Markowski, please visit Tribute Store
Saturday
25
May

Share Your Memory of
Lori
Upload Your Memory View All Memories
Be the first to upload a memory!
Share A Memory
Send Flowers
Plant a Tree