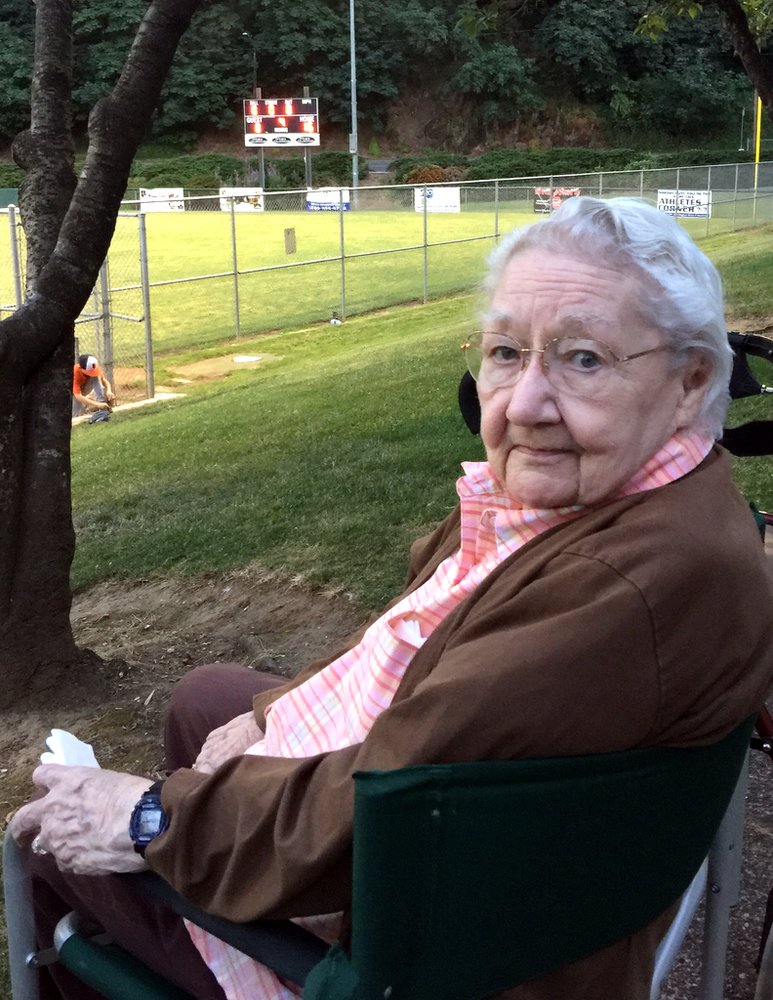 Please share a memory of Frances to include in a keepsake book for family and friends.
View Tribute Book

Frances Eleanor Chaney, age 92, passed on April 16, 2019 in Camas, WA.  She was born in Seattle to Helen and Frank Hodgetts.  Her family moved to Vancouver during WWII.  During the war she worked at the Vancouver Kaiser Shipyard as a riveter, building the war era ‘Victory Ships’.  She was a real life ‘Rosie the Riveter’ as depicted in the 1940s wartime posters.

After the war she married Lester Chaney upon his return home from fighting in the Pacific Theatre. They started a family, eventually growing to five children by the mid-1950s.  Fran and Lester raised their children with love, emphasizing the importance of family.  She welcomed her children’s friends unconditionally as part of her own family.  Lester worked at ALCOA, while Fran helped make ends meet working as the first bookkeeper for Clark County ‘Head Start’.  Among many other accomplishments, Fran, with her best friend Pat Newton, became the first female Little League coaches for the Sifton baseball program in the mid-1950s.  They won the league championship in their second year.   As she grew older, Fran became an avid fan of the Trailblazers and Mariners, up until her last days.

Fran’s family was her passion. Fran’s legacy is her unrivaled love and devotion to family and friends.  Fran always found joy in playing her organ. Singing and listening to music gave her much peace.

To plant a beautiful memorial tree in memory of Frances Chaney, please visit our Tree Store

Look inside to read what others have shared
Family and friends are coming together online to create a special keepsake. Every memory left on the online obituary will be automatically included in this book.
View Tribute Book
Services for Frances Chaney
There are no events scheduled. You can still show your support by planting a tree in memory of Frances Chaney.
Plant a tree in memory of Frances

Share Your Memory of
Frances
Upload Your Memory View All Memories
Be the first to upload a memory!
Share A Memory
Plant a Tree