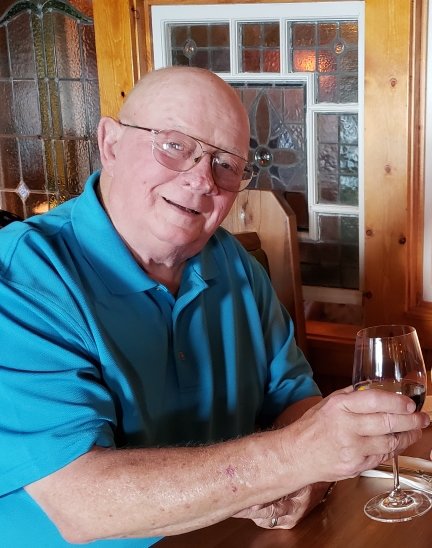 Please share a memory of Charles to include in a keepsake book for family and friends.
View Tribute Book

Chuck graduated from Camas High School in 1960, and continued on to get his Associates Degree at Clark College.  Upon graduating from high school, he began working at the Camas Paper Mill.  Chuck retired from the Paper Mill in 2006.

In 1968, he married Leah Rhae Peterson.  The couple settled in Washougal, WA and had three children, in addition to his daughter, from his previous marriage.  Chuck and Leah celebrated their 50thwedding anniversary the summer of 2018.

During his 76 years, Chuck developed a love for camping, hunting and fishing in the PNW with his family and friends.  He made countless memories with his sons Michael and Myron, sharing with them his love of nature.  In the most recent years, he has enjoyed making similar memories with his grandchildren and great-grandchild.  His family truly made him happy as he was always looking forward to more moments together.

Chuck loved sports. Not only did he love playing, but he was a very involved father, as he coached each of his children in baseball/softball.  He enjoyed watching his children participate in baseball/softball, basketball, football and volleyball throughout their years of competition.  He was very proud of each of them, always pushing them to be the best that they could be.  He assisted with the Washougal High School football program for many years.

Chuck was an avid member of his community.  He was always looking for ways that he could be involved and help others.  In 2008, he retired as a volunteer fireman after 30 years of service.  Chuck was a city councilman for six years, and served as the Mayor of Washougal for ten years (1991-2001.)  He loved his community and always strived to be the best citizen and friend possible.

He was preceded in death by his sister, Nadine; his parents, Ruby and Buck; his brother, Jerry; and his granddaughter, “Princess” Rachel.

To plant a beautiful memorial tree in memory of Charles Crumpacker, please visit our Tree Store

Share Your Memory of
Charles
Upload Your Memory View All Memories
Be the first to upload a memory!
Share A Memory
Plant a Tree