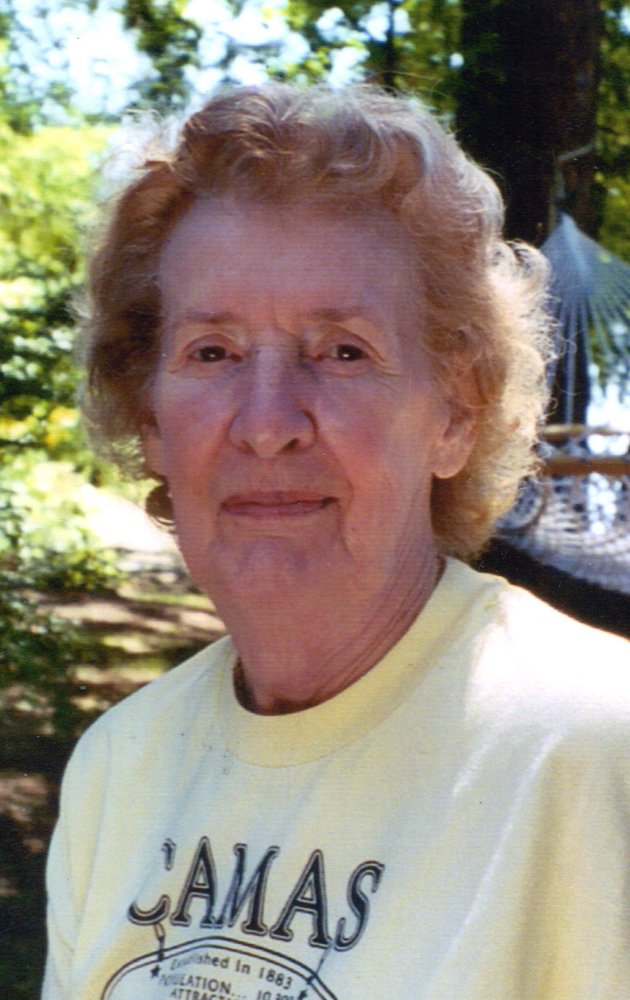 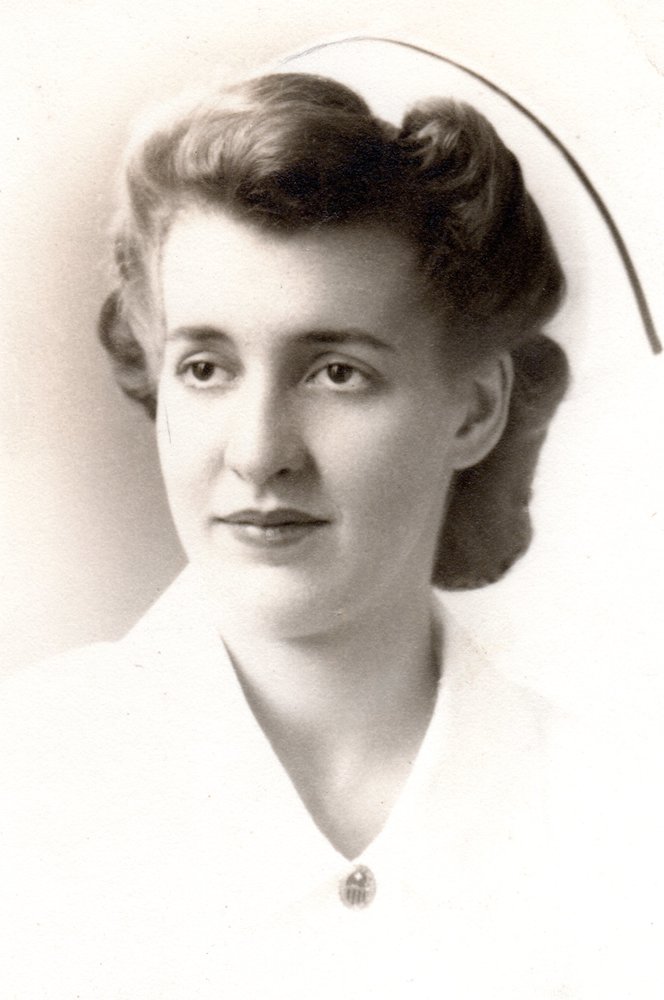 Please share a memory of Beverly to include in a keepsake book for family and friends.
View Tribute Book

Beverly Patricia Bufton “Buff” of Camas, Washington passed away on October 5, 2018 in Camas.  She was 97.

Buff was born in Niagra Township Ontario, Canada to Arthur Asa Bufton and Anne Christina Thornton Bufton on September 24, 1921.  She moved from Canada with her parents to Michigan in 1922.  She attended Sacred Heart High School in Dearborn, Michigan graduating in 1940.  Buff further attended University of Michigan, Mercy college of Nursing, graduating in 1944.

Beverly became a Lt. in the Army Nurse Corps serving on Guam until the end of World War II.  Having met Tom Toolson on Guam during her military service, they married in 1946 moving to Camas Washington in 1947.  Buff did private duty nursing as well as emergency room nursing at Saint Joseph’s Hospital in Vancouver (now Peace Health) until her retirement in the 1980’s.

Buff was active in Osprey Walking Group, Camas Library Foundation, St. Thomas Catholic Church, and Alpha Nu.  She loved playing bridge and participating in her girls’ interests such as scouts and school activities.

Buff was preceded in death by her husband Tom, her 3 brothers and their spouses.  There will be a private family burial followed by a Celebration of Life, which will be held in January 2019.

In lieu of flowers, the family suggests donations be made to the Camas Library Foundation.  The family wishes to extend their thanks to A Meadow View in Camas, Washington and Peace Health Hospice for the wonderful care Beverly received.

To plant a beautiful memorial tree in memory of Beverly Toolson, please visit our Tree Store

A Celebration of Life will be held in January of 2019.
Online Memory & Photo Sharing Event
Online Event
About this Event

Share Your Memory of
Beverly
Upload Your Memory View All Memories
Be the first to upload a memory!
Share A Memory
Plant a Tree