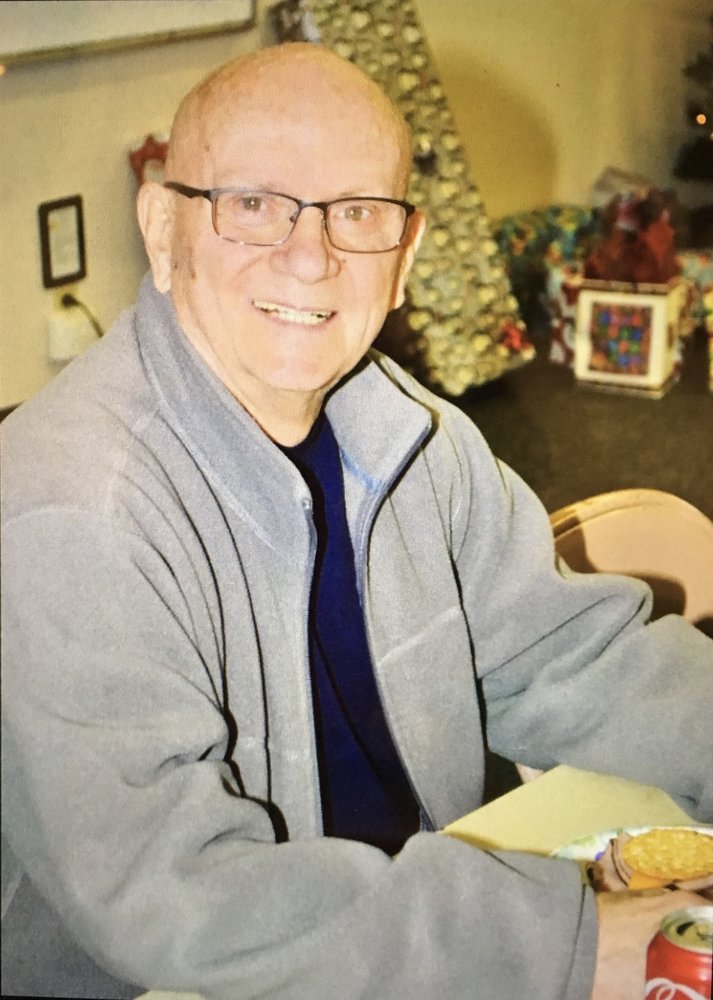 Please share a memory of Richard to include in a keepsake book for family and friends.
View Tribute Book

Dick was born in St. Louis, MO to Gustav & Caroline (Saunders) Boer.  At a very early age the family moved to Denver, CO.  Dick attended North High School until his senior year when he joined the U.S. Navy.  He earned his GED while serving on a repair ship in Japan, Guam and Astoria, OR.  He met the love of his life, Julia (Julie) Corkill in Astoria.  They were married 3 months later.  Whoever said a short courtship won’t last never met these two because it lasted for 63 (almost 64) years.

They lived in Denver, CO, after Dick’s honorable discharge, where daughters Vicky and Vivian were born.  Five years later they moved to Portland, OR where daughters Valerie and Viva were born. In 1998 they moved to Camas.  He enjoyed fishing, camping with his family, and bowling.  He rolled a perfect 300 game at age 73 which incidentally was the first 300 game rolled in the new Big Al’s Bowling Center in Vancouver.

He is survived by his wife, daughters Vicky (Dan) Long, Vivian (Jose) Ortiz, Valerie (Mark) Beckius, Viva (Dallas) Dennis, 7 grandchildren, 16 great grandchildren, sister Ida  Gunther, Aurora, CO. and many nieces and nephews.  He will be missed forever but also the family is rejoicing in God’s release for him of the horrible disease of Alzheimer which he suffered for over six years.  The family wishes to thank the loving care at  Hampton Memory Center, Vancouver and Peace Health Hospice team.

His life will be celebrated on Thursday, August 16, 2018 at 2pm at the Camas United Methodist Church.  Inurnment will be private at Willamette National Cemetery.  Straub’s Funeral Home & Columbia River Cremation in Camas is in charge of the arrangements.  To send condolences or to sign the online guestbook please visit www.straubsfuneralhome.com.

To send flowers to the family or plant a tree in memory of Richard Boer, please visit Tribute Store
Thursday
16
August

Share Your Memory of
Richard
Upload Your Memory View All Memories
Be the first to upload a memory!
Share A Memory
Send Flowers
Plant a Tree