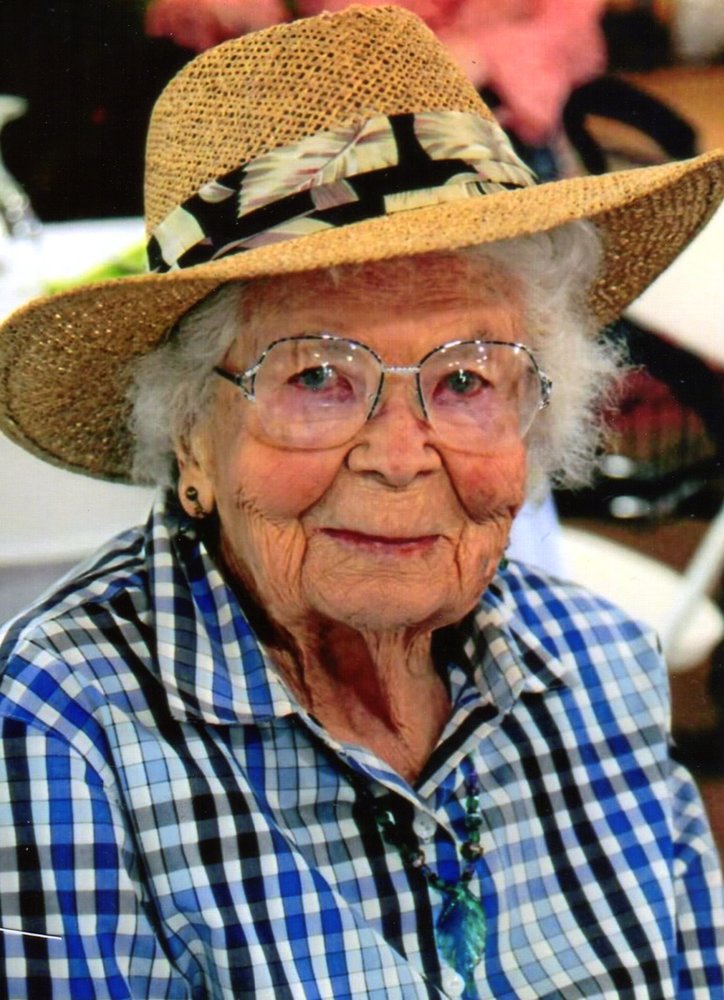 Mary Agnes Peters passed away on July 4, 2018. She was born to Sterling and Agnes Borquist on September 28, 1919, in Portland, OR. Her early years were spent in Helix, OR. She later attended Girls’ Poly Tech in Portland, which provided her with a number of skills she used designing clothes for her six daughters (including wedding dresses and a variety of unique costumes.

She married Joe Peters on May 26, 1941. They were married 50 years before Joe passed away. They enjoyed many good times with dear friends and Mary was often known as quite the prankster.  Above all, Mary was a woman of mercy and compassion who touched many lives.   And she was never without a smile!

A Rosary will be held for Mary at 12:30pm on Saturday Sept. 29th at St. Thomas Aquinas Catholic Church in Camas, Washington with a Funeral Mass to follow at 01:00pm.

To send flowers to the family or plant a tree in memory of Mary Peters, please visit Tribute Store
Saturday
29
September

Share Your Memory of
Mary
Upload Your Memory View All Memories
Be the first to upload a memory!
Share A Memory
Send Flowers
Plant a Tree