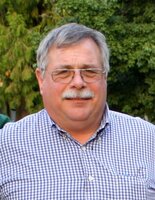 Gregory Scott Dayton June 9, 1954 – October 27, 2021 Greg Dayton passed away on October 27, 2021 in Vancouver, WA. Greg was born in Vancouver, WA and was a lifelong resident of Washougal. He is survived by his wife, Terese; daughters Lauren (John) White and Emily (Brett) Herrmann; mother Stella (Hank) Smedley, sister Denise (Joe) Myers and brother Lauri (Cathy) Dayton. He had three grandchildren and two more expected in December. He is a retiree of Freightliner Corp in Portland and worked for ConMet in Vancouver. His funeral Mass will be at St. Thomas Aquinas Church on 11/3 at 9:00am, with rosary at 8:30am. He was a member of the Knights of Columbus and Columbia River Serra Club. Donations can be made to the Serra Club through St. Thomas.